Europe defeated USA in the sixth contest for The Hickory Grail in Falsterbo, on the southern tip of  Sweden. But the real winner was matchplay golf. The teams enjoyed golf at the highest level, according to A.J. Balfour's definition – the days, the green and the opponents were all highly ”tolerable”. To start with the days, they were splendid with an interesting breeze that rewarded links-smart players. The green was Sweden's premier links course in excellent condition. After a rather wet summer the fairways were unusually green. David Hamilton, Captain of the British Golf Collectors, observed that the players often found their balls resting in inviting ”brassie lies”.

The opponents, finally, were two teams of golfers eager to win, but more importantly playing golf in the finest tradition of the game.

After the usual flag raising ceremony, led by a piper, the fourball matches started in the afternoon of Thursday 30 July. In the top match Europe’s – and Sweden’s – Pierre Fulke and Adam Mednick played against Randy Jensen and Mike Stevens for USA. A crowd of spectators followed the match and they were treated to some spectacular shots. But they could also see that hickory golf is a difficult game that even these four professionals could not always master. The European pair proved the stronger, undoubtly helped by their knowledge of the links.

Europe held a one-point lead after the fourballs and looked like extending it in the foursomes on Friday morning. But the reliable firm of Wehring-Farmer came in with a point in the last match. So the scene was set for the singles with Europe holding the slimmest possible lead, 6 1/2 - 5 1/2 .

Europe's captain David Kirkwood explained his tactical dispositions: ”Sweden, Sweden, Sweden.” He sent out Pierre Fulke, Claes Kvist and Klas Ohlsson in the first three matches and they came back with three wins. Joe Guerard and Rick Wolff fought back but then came Ian Hislop, John Pearson, Mika Hjorth and Willie Tanner with victories. When Mark Wehring came in with his third win, the match was already decided and the score was 14 1/2 - 9 1/2 .

The beaten Americans came back strongly in the song contest. The European team teed off with regular song writer Ron Beatt’s 2009 hit, extolling the courage and skill of the home side. The guests answered with team secretary John Crow Miller’s adaptations of Abba songs, reminding winning captain David Kirkwood to look after the Grail until 2011. The match was a draw! 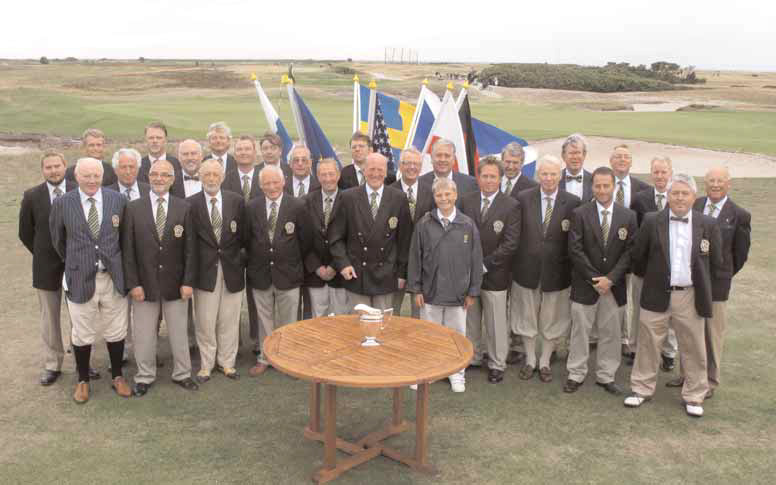 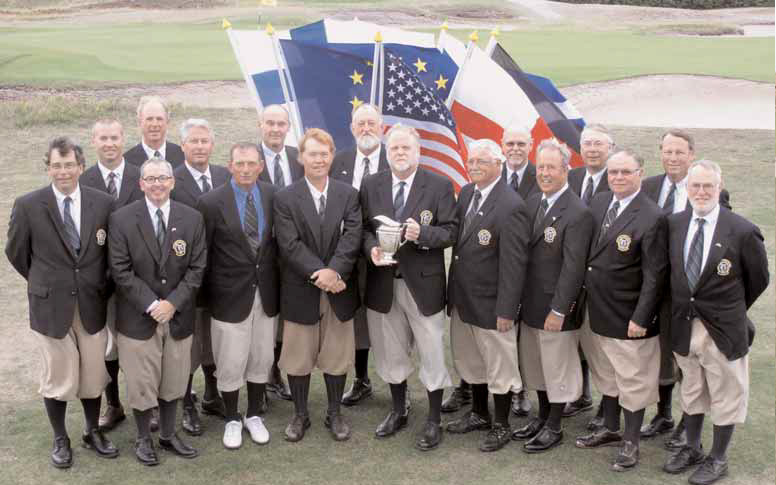 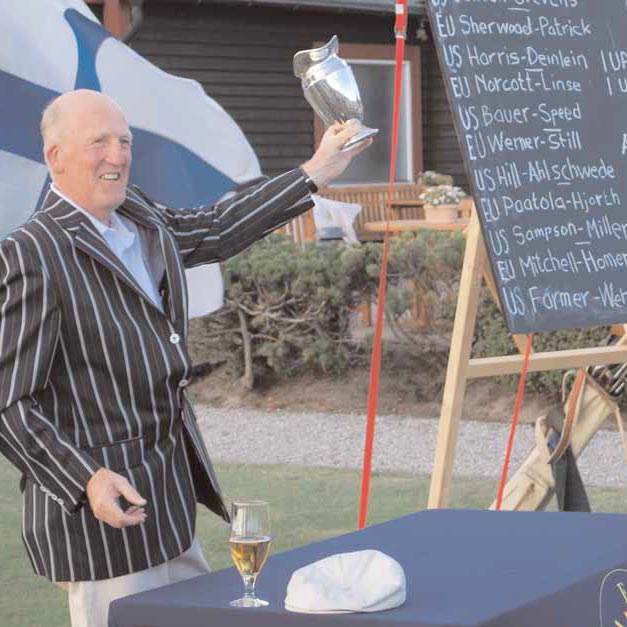