When the idea of a challenge match with hickories between a team of American members, who were visiting these shores for a golfing holiday, including the Scottish Hickory Championship, in May 2000, and a home team, no-one really knew quite what to expect. It soon became a European team with the inclusion of our 'regular' at Gullane , Pehr Thermaenius. A good venue, Kilspindie, was selected, David Hamilton made the necessary arrangements, and off we went. The result was an excellent meeting at which everyone thoroughly enjoyed them selves and agreed that we had a good thing going and that it should be put on some regular basis.

The concept has caught the imagination, so much so that the legendary Byron Nelson agreed to become the Honorary Captain of the American team and Sir Michael Bonallack for the Europeans.

And so we assembled again this year at Kilspindie. Firstly, it is an ideal course for hickories; a seaside course with beautiful turf, not too long, and with the almost ever-present breeze, a good test of golf. Secondly, the Club have been most hospitable and we have been warmly welcomed by the officers and members and made to feel really at home.

The format this year was as that for the Ryder Cup, foursomes in the morning and singles in the afternoon. The match is played twelve a side but fifteen 'hornesters turned out. Now this is not because we needed extra help to take on the class and might of our opponents but it is a sign of how popular the fixture is becoming and that more people want to take part . Fortunately, by changing the line-up for the singles, Captain David Hamilton was able to give everyone a game. The USA won with the last putt at the last hole in the first match, so the 'locals' were set to reverse the result but alas, it was not to be. A good start in the morning put the US on the right road although there was more resistan ce from Europe in the afternoon.

It was a hot day but a fair wind kept the players cool and the golf challenging . After last year, when the Americans won with the last putt at the last hole in the last match, the ' locals' were determined to reverse the result but alas, it was not to be . A good start in the morning by winning the foursomes 5 - 1 put the US on the right road. Considering this format is (almost) unheard of in the States, this was a fine performance and blow to the home hopes. There was mor e resistan ce from Europe in the afternoon when the singles were tied. And so, two in a row to the USA. But let's not dwell too much on the statistics and the scores. This is a competitive occasion but, to my mind , it is more about fun, friendship and a fondness for the game of golf.  And there is that in abundance - a most enjoyable occasion. 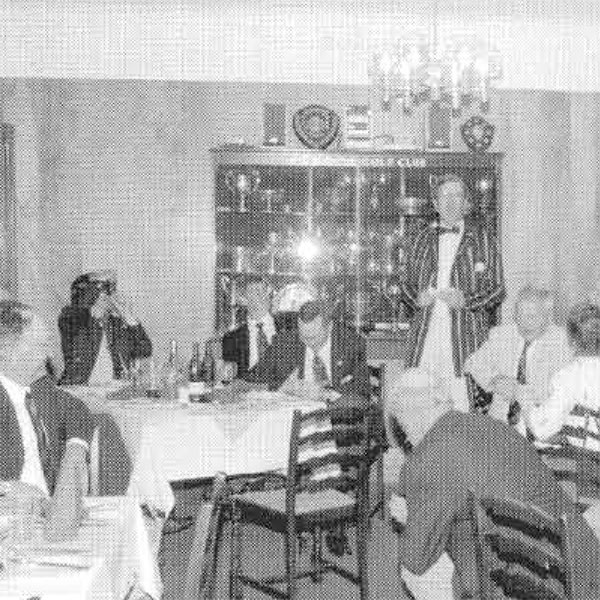